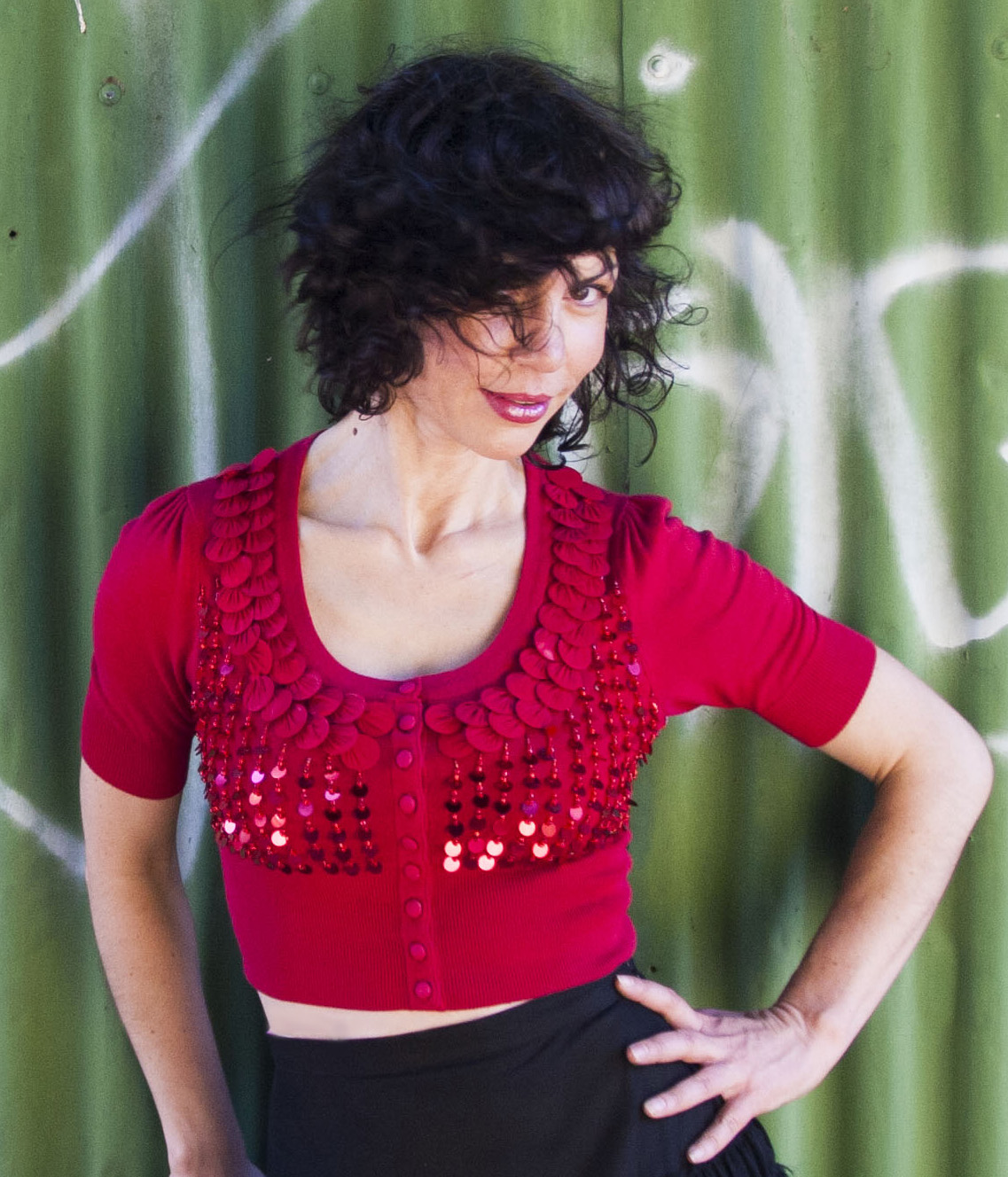 Captivating singer Jackie Bornstein enchants audiences with her emotive delivery and beautiful tone. Known for her rich voice and ability to get to the heart of a tune, Jackie brings a powerful energy to each performance. She has developed her own style, imparting a range of emotions through her use of varied vocal timbres.
Growing up in a musical family with a musical diet heavily laden with big band swing, bebop and modern jazz, Jackie developed an ear for jazz from childhood.  Trained classically as a child (in voice, piano and clarinet), she continued her jazz leaning becoming strongly influenced by modern vocal greats including Kurt Elling, Dianne Reeves and Dee Dee Bridgewater.
Jackie went on to study Jazz Voice Performance at the Victorian College of the Arts after completing her Psychology degree at the University of Melbourne. She was also awarded a UK Masters (MPhil and MA) Peace scholarship during which she completed a thesis examining the role of the arts and music in resolving conflicts and promoting expressive and listening capacities.
Jackie specializes in developing musical projects bringing together her background in jazz and peace studies/practice. These projects include her newist “Women in Jazz”, “Jazz and Social Justice” and “From Paris to Brazil”. With “Women in Jazz” Jackie invites her audience to celebrate the music and lives of great female jazz composers and hopes to encourage jazz educators to include this hidden part of jazz history as an explicit part of jazz education. Jackie was awarded a 2021 City of Melbourne Annual Arts Grant to extend this project by recording an album and developing a book on Australian Women in Jazz. Jackie’s project titled “Jazz and Social Justice” explores the music and lives of jazz greats who have taken a bold stand against injustices. With “From Paris to Brazil” Jackie features an all French, Spanish and Portuguese program, sharing timeless stories from many cultures through her performance of pieces from the jazz, nueva cancion, chanson and bossa nova traditions.